So I bought a farm. This won’t surprise anyone who knows me. I’ve wanted to for years. It’s why I sold my house. But it surprises everyone else. “What, do you know anything about farming?” they typically ask. “Do you have any idea how much work it is? Have you had experience? Did you grow up on a farm? Or do you just want to re-wild it?”

Answers: yes, some, no, no and absolutely definitively not, in that order. This is not lifestyle. It’s not a hobby farm. It’s a small pocket-handkerchief of pasture, but it’s a real, working thing. Very real. That’s kinda the point. I scrutinised hundreds of farms online, and 35 in the flesh. So it’s been a while. It’s my most exciting project for years. Just picturing it makes my pulse race.

People think it’s weird for a lover of cities also to be interested in farming. To me it seems entirely natural. Farming and cities are flipsides. They sustain, need and complement each other. Cities require food and farming requires consumers. It’s a pattern: solid and void; artifice and nature; feeder and fed.

What’s unnatural is sprawl, the suburban in-between that, in wanting to be both, is actually nothing. Like Lend Lease’s new “rural lifestyle with the convenience of urban living” development near Campbelltown with the sinister, Handmaidly name of Gilead, this is a disgrace. Literally, unashamedly, a waste-land.

As to work? Yes, perhaps. I may have underestimated what it takes, or overestimated my capacity. I’ve made mistakes before (mostly with men). But actually it’s the work that interests me.

I’ve never wanted a weekender. Your beach house and your bush shack leave me cold. I mean, fun while you’re making them, sure. But what do you actually do there, except read, walk and plan your next meal, all of which you can do better at home? I want to engage physically with place. It may sound weird, for an intellectual, but I want to make things, grow things, do stuff. Maybe it was one too many mud pies as a kid, but I crave real dirt.

This is where farming and cities share most. Shelter and food are the two core entanglements between humans and nature. They drive our seduction-dance with mother earth, how we entice her into helping us survive her. I like that. We use our bodies to weave a relationship between our fragile spirits and our home planet.

As a teen I became fascinated by Descartes’ formulation of the “mind-body problem”. It’s a simple problem to which there are, even now, no simple answers.

The problem is this. Mind and matter interact. They affect and shape each other. Everything from spaceships to football evidences this. But if mind is immaterial and “body” is material, how exactly does this interaction occur? These days, some remove the problem (rather than resolving it) by insisting it’s all matter, or all energy. But even so, even if Descartes’ famous dualism was mistaken, it’s not clear exactly how or why one form of energy (an idea, say) affects another (a baby, or a brick). This mysterious interface still fascinates me.

Unlike some very spiritual people I know, I have an abiding affection for the material world, but only really as shaped by mind. I think that’s why I grew up thinking farming and farmers rather dull. All they seemed to do was chuck a load of superphosphate on the ground and make sure the cows got milked every morning. That’s not interesting.

Re-wilding is also not interesting, for the same reason. Nature doesn’t need help being nature. Look away for five minutes and nature will reassert herself, no trouble at all. Nature does nature with aplomb. What nature needs help with, probably the only thing she can’t manage, is us. In particular, feeding us. 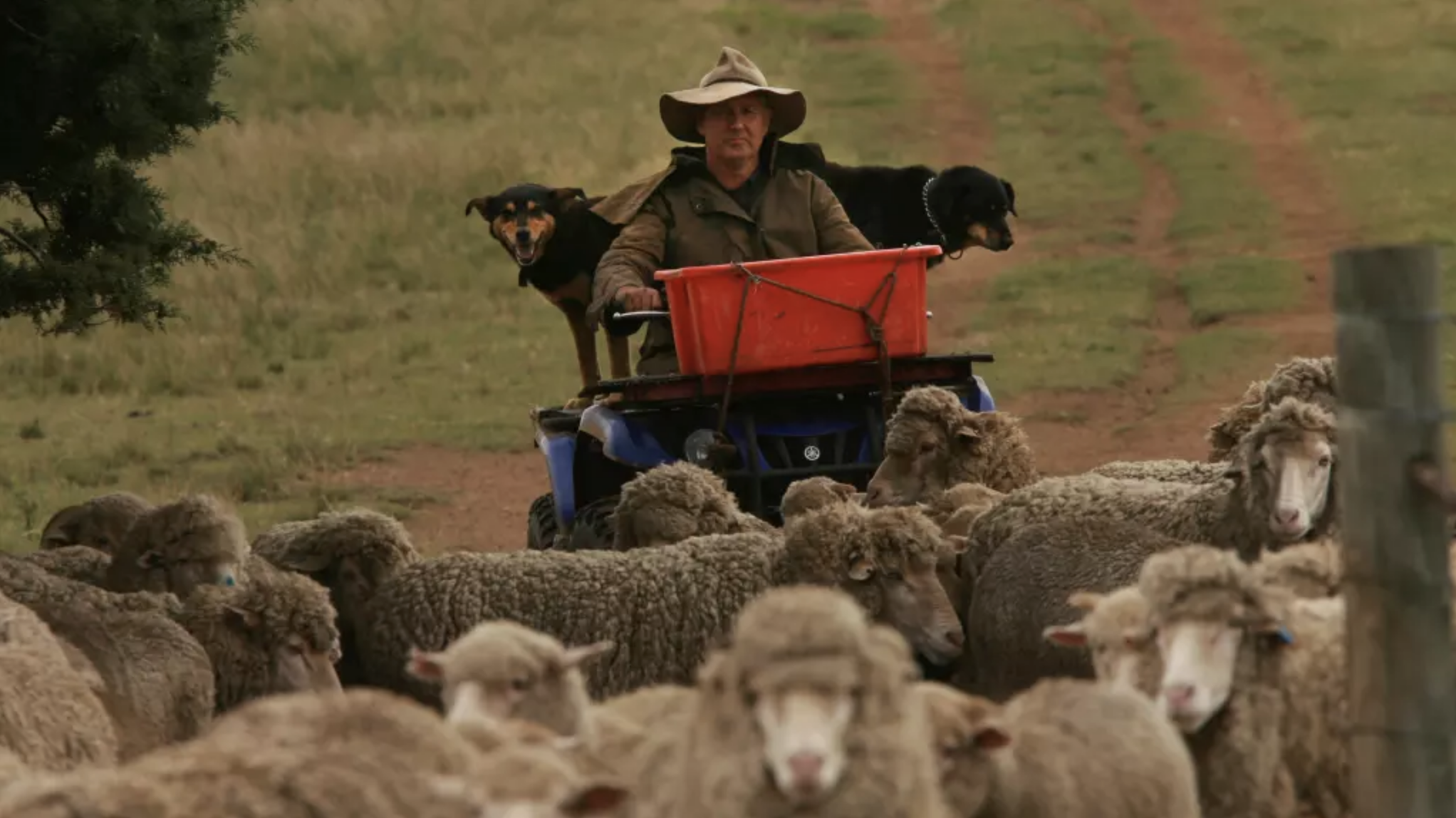 So this is what’s interesting. How to feed ourselves while also helping nature survive; which is to say, without petrochemicals, without microbe destruction, without mass erosion, without depletion. This means you really have to get it. You have to listen, hard, to nature – microbes, soil structure, symbiosis, water cycles, growth patterns, grazing habits and so on. And you have to understand how to work with them to build your delicate needlepoint. Subversive? Sure. I think of it as guerilla nurturing.

Two brilliant new books document the how-to for Australia. Both are by longtime farmers-turned-thinkers, both tell a personal turning-point story interstitched with history, politics and farming lore. One, Call of the Reed Warbler by Charles Massy, is set south of Sydney, near Cooma; the other, as yet unpublished, by Colin Seis (who spends much of his time now teaching sustainable agriculture all over the world), is set north, near Gulgong.

Essentially, they agree. Soil is the essential ingredient of life; grass is its protector, hard-hoofed grazing animals (contrary to popular belief) can build and restore soil, sequestering carbon and multiplying water-holding capacity by eight or more. In all, ploughing is the enemy. Ploughing turns farming into industry, turned Seis’ ancestors off the land, to become thieves and get transported to Australia and, worst of all, ploughing destroys soil.

That smell of newly tilled soil, so moist and delicious, so rural – that’s the smell of zillions of crucial life-sustaining microbes meeting their maker. As profoundly as napalm in the morning, it is the smell of death.

At one point, Massy quotes from Seis a statement he says he hears repeatedly from leading regenerative farmers: “Most of the time, all we’ve got to do is get out of the bloody way and stop interfering and it’ll fix itself.”

So it’s not untrodden ground, although it is still surprisingly rare given that practitioners swear farming sustainably is cheaper, more productive and easier. For me, it’s an experiment – a bit Cistercian (bees, chooks, water, waving grass), a bit writerly, a bit mud pies. It could fail. I could fall flat on my face, or decide I hate the country, hate dirt. Either way, expect to hear more.

Published on the Sydney Morning Herald Website, 11th May 2018.