Plato believed a philosopher should be king. No doubt many of us would support benign dictatorship, providing we’re in that top spot. The Rise of Jordan Peterson, a new film about the controversial rock-star philosopher, suggests he harbours similar dark desires.

The film takes pains to show Peterson’s sweet side. He chats with family about his anti-depression diet, hugs fans, frets about haters. But a camp little conceit of the great man fooling with a shaggy shamanic mask reveals much.

“This is what I actually look like.” Peterson adopts an academic-sage pose for camera. “And this,” – he dons the mask’s wild locks, blood-red maw and brows made of mud, fibre or maybe dried skin – “is what people who don’t like me think I look like.”

It’s coy to the brink of cheesy, yet you want to buy it. You want to see him as the reasonable man misunderstood. You want to cast the “shut-down-Peterson” furies that dog his oratorical footsteps as crazies. But the next moment throws a subtler light. Asked which is real, man or mask, Peterson scarcely misses a beat. “They’re both real.”

This is the truth behind Peterson’s stratospheric success. He is both philosopher and witch-doctor, constantly lacing reason with voodoo. This makes him dangerous. Peterson the public intellectual pours cooling wisdom onto troubled waters while Peterson the demagogue works unseen, moving mobs and swaying souls. Again and again he starts from considered reason and walks us, step by step, to the edge of madness.

This is no accidental merging of roles. Much as Peterson likes to appear bemused by his fame, he is steeped in Jungian psychology and has studied demagogic methods, analysing their deployment of symbolism, repetition and emotive triggers. His first book, Maps of Meaning, dealt with ancient mythologies and story as universal meaning-creation.

He knows the primal power of a trope and that the shaman doesn’t just wear a mask but is transformed by it. And he wields this power not as a poet might – a Leonard Cohen or a Bob Dylan – but as a politician.

But first, his charm. Peterson’s second bestseller, 12 Rules For Life; An Antidote For Chaos, shows why lost young men the world over revere Peterson as the father-figure they crave. The rules are shallow, designed for the listicle generation, but for kids raised on shapeless pleasure, he seems to offer the strength of self-discipline, the certainty of tradition and the purpose of patriarchy restored. 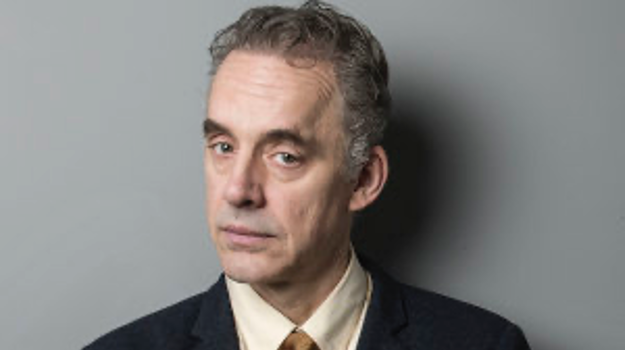 His rules include: Stand up straight with your shoulders back. Compare yourself to who you were yesterday, not to who someone else is today. Pursue what is meaningful (not what is expedient). Tell the truth – or at least, don’t lie. Be precise in your speech. Set your house in perfect order before you criticise the world – summarised in the famous bumper sticker, Clean Your Room.

Peterson says he began by trying to understand the “terrible tangle” that brought humans to point guns at each other. The proper solution, he concluded, “was to live properly as an individual”. Personal meaning is his antidote to extremism. This impels him to oppose collective ideology and exhort people to think clearly for themselves.

Can’t argue with that. The reification of individual virtue into the political realm has exercised philosophy since Socrates. So when Peterson tells his acolytes, “you’re more powerful than you think – if you stopped wasting time and oriented yourself to the highest possible good … how much good could you do?”, part of you wants to stand and cheer.

Perhaps (you start to think) the hatred is mistargeted. Perhaps Peterson’s adoption as an alt-right mascot says more about them than him.

But there is a point at which reason, decency and insight segue into simplistic fallacy, delusions of grandeur and outright Ayn Rand loopiness.

As a pre-schooler, Peterson recalls, he watched Robert Kennedy’s funeral. “I am going to have a funeral like that,” he apparently thought, a large, public event with “lots of grief”. 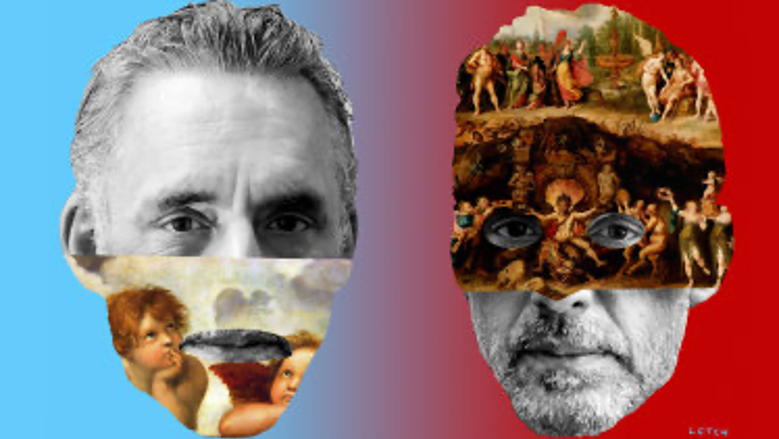 That’s pretty wild as a childhood desire; even wilder as a grown man’s admission. There’s narcissism here. It’s like watching Princess Diana’s doe-eyed Queen of Hearts interview. You know you’re being manipulated but it’s weirdly seductive, despite its evident admixture of power-lust.

At least Diana’s schtick, though, was compassion. Peterson’s is selfishness or, as Gore Vidal said of Ayn Rand (who titled her essay collection The Virtue of Selfishness), “one for one and none for all”. Peterson regards himself as profoundly shaped by Judaeo-Christian ethics yet somehow Christianity’s core principle – do unto others – doesn’t figure.

Consider Peterson’s stance on gender. I admire his preparedness to say that to stamp out harassment in the workplace women should consider not wearing high-heels and makeup. It might not work (harassment is as much about power as sex), but proposing it is not tantamount to ”she was asking for it”.

Then Peterson gets nutty. He insists there’s no gender pay gap. He consistently identifies the masculine with order and the feminine with primordial chaos (awaiting order). And in subtitling his 12 Rules ”an antidote for chaos” he implies that what the world needs is not less but more masculine order, when the truth is self-evidently the opposite.

The feminine is not chaos. More plausibly, it’s the order of nature which – as the extinction emergency shows – we must respect more and dominate less.

But Peterson’s fame really only skyrocketed with his “Professor Against Political Correctness” launch into the pronoun debate. Canada was discussing its anti-hate speech Bill, C-16. Peterson said he would never yield to forced speech and would risk jail to defend his choice of pronouns. So far, fine.

Peterson’s arguments are intensely emotive, building and exploiting fear. They’re also wrong. The Bill, now law, did not mention pronouns and Peterson’s insistence on ”he” and ”she” never risked jail. A saner argument would have said ”although I disagree, I’ll use ‘they’ out of respect”.

But this was deliberate provocation. It was Peterson-the-shaman at work, fuelling that same group hysteria against which Peterson-the-philosopher so eloquently and insistently warns.

The Rise of Jordan Peterson screens in selected cinemas in NSW and Victoria over coming weeks.