‘That’s the bloody disgrace’: Australia is burning but NSW is cuddling up to coal

Thoughts and prayers? Miracles? Seriously, Mr Morrison? It was already 29 degrees by 9 am Tuesday, when hundreds gathered in Macquarie Street to protest against our governments’ strenuous addiction to coal. The rally was smaller than the climate strikes but every bit as poignant, outlining as it did the coal-shaped hole in our democracy.

“People are dying from climate change,” 38-year old Aaron Crowe told the crowd. “We’re not prepared.” His self-built Manning Valley house had burnt down on Friday night. Now, holding his small daughter Pepper, Crowe tipped its ashes from a tin compost bucket onto the footpath outside Parliament House. “Thoughts and prayers are not reliable. It’s not sensible policy. The time for miracles is over.” 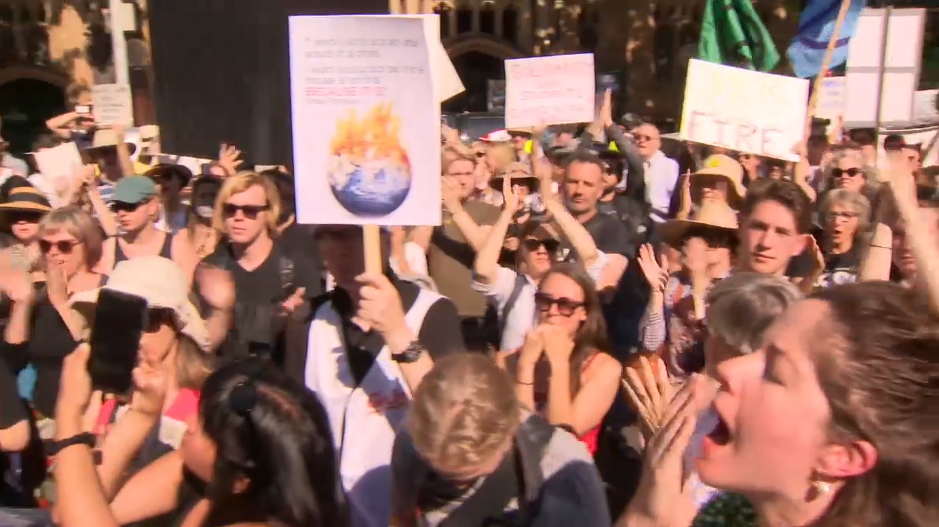 Michael McCormack might dismiss such protesters as “inner-city raving lunatics”. Barnaby Joyce might quip, nastily, that two of the fires’ casualties were “most likely” Greens voters. John Barilaro might call those who talk of climate change a “bloody disgrace”. Gladys Berejiklian might insist that the time for such talk is “not today, not tomorrow, not for the next few weeks”. Not ever.

But the people out in the bush know what’s going down. They know who the loonies are. They know they’ve been betrayed, repeatedly, by the coal in Coalition. They know that praying with one hand and flogging coal with the other like some tufted-and-pimpled Chaucerian pardoner can only intensify the inferno. “Not good enough,” said Crowe. “Now is exactly the time to talk about climate change.”

Business knows it. Insurers brace for it. The Emergency Leaders for Climate Action (comprising 23 former emergency-service leaders) say “climate change is the key reason” for the intensity of the hell-fires we’re facing. Professionals, academics and scientists warn of untold suffering. People are dying. Yet the government won’t discuss. Why?

There’s an extraordinary nexus of issues, here. Survival, yes. Biodiversity. War and famine. But more locally, the argument over coal, fire and climate change also embraces our freedom to dissent and to organise for political purpose, planning law, native title, epistemology, the need for a federal Independent Commission Against Corruption, the disastrous National Broadband Network, cuts to CSIRO climate research and the strangely malevolent effect of Christianity on our planetary future – even, indeed, our likelihood of having one.

Read the science. Read the Intergovernmental Panel on Climate Change. Yes, the scientists erred – but on the side of caution, significantly underestimating both the scale and the pace of climate catastrophe. A Scientific American article this month notes that planetary ice is melting “as much as two orders of magnitude faster” – that’s a hundred times faster – than predicted.

Drowning nations may seem distant, abstract. But there’s nothing abstract about Australia on fire. Increasingly, the summer from hell looks like the new normal. “The science is clear,” says former fire chief Greg Mullins. This isn’t just a bad fire season. These mega-fires are entirely new. Even for someone who has spent a lifetime fighting fire in the hottest continent, this is uncharted territory.

It’s built over years. First, unprecedented drought drastically weakens rural communities, destroying their stock and livelihood before forcing them to squabble over remnant puddles of drinking water. Next late-summer temperatures, months too soon, turn drought into “catastrophic” fire conditions – and no water to fight them. 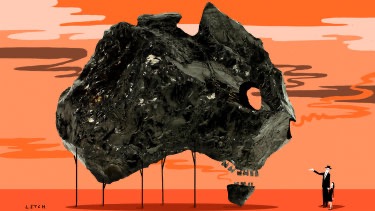 Yet to talk of causality, to suggest we as humans should grow up and take some responsibility here is to be ridiculed from on high, demonised and called a bloody disgrace.

There is a pattern. Slavery, thalidomide, asbestos, DDT, tobacco, coal: all have been orthodoxies, seen as benefiting our health, wellbeing and economy. All were critiqued by the few and defended by the invested establishment who strategically repudiated critics as loners, nutters and anarchists.

We need dissent. William McBride, the Sydney medic who died last year, realised in 1961 that the anti-morning sickness drug thalidomide was causing appalling birth defects. For six months The Lancet would not publish his work. The distribution company Distillers (says a new book) lied “on an industrial scale”. We need dissent because orthodoxy is never impartial. Orthodoxy can be wrong.

Yet dissent is what our governments increasingly and deliberately inhibit. Scott Morrison’s move to ban secondary boycotts, and his constant characterisation of protesters as anarchists, are the latest in a long line of moves, including repeated cuts to renewables funding, monitoring bodies and climate research, designed specifically to impede dissent from the fossil-fuel orthodoxy. 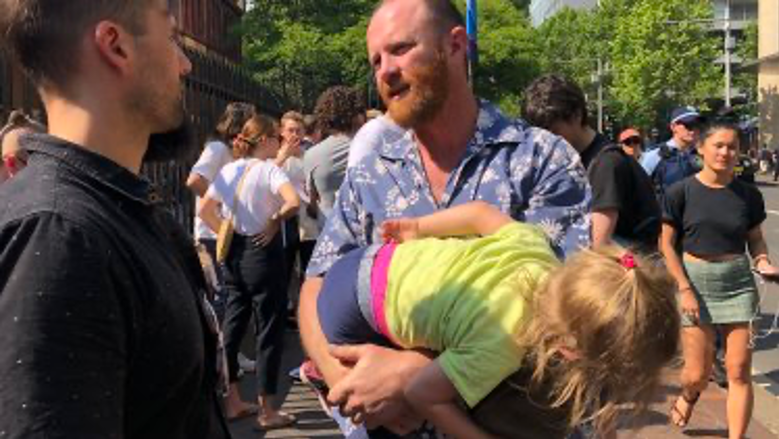 Protesters aren’t anarchists. Tuesday’s Macquarie Street rally represented every age, from zero to 90, and every conceivable type – suits, hipsters, schoolkids, grannies. Same at the recent climate rally. Afterwards, I was on a bus halfway up Oxford Street when a silver-haired man, every inch the retired headmaster, boarded with a sleeping toddler. We got chatting. He, too, had been to the climate strike. Further – he indicated his slumberous grandchild – “we used to take her mother in a stroller to anti-Springbok rallies.” Dissent isn’t anarchy. It centres civilised life.

But so headlong is this pro-coal push, and so resistant are both major parties to the obvious solar alternative, that Native Title has been wantonly extinguished to enable the Adani mine. Now the Wangan Jagalingou people can be jailed for “trespass” if they conduct corroborees on their own land.

No wonder many Australians believe our governments are corrupt on coal. The calls for a properly scoped and funded federal ICAC – not the designed-to-fail variety proposed – has become a core platform of climate consciousness.

As to planning law, last Tuesday’s climate-protest was part impelled by a new Bill that responds to the courts’ recent rejection of coalmines for their greenhouse emissions by prohibiting consent authorities from placing conditions related to emissions released from the burning of export coal. That’s the bloody disgrace.

And so to the inexplicable way Christianity, with its right-wing elements becoming ever louder, has joined the push to degrade the very environment supposedly created for our delight. Dante depicted hell as an inferno and here it is, glaring at us with hot red eyes. If there is a devil, tempting us, it’s coal.