Give thanks, Sydney, for these morsels of sweetness and quietude

You may have noticed new public libraries popping up across Sydney, as though some fond great-uncle had strewn us with cupcakes. It’s lovely, but curious. Just when you thought the book was dead and public architecture even deader, the library bounces back.

What’s going on? Are they in fact libraries, these morsels of sweetness and quietude? Is there hope, after all, for the civic realm? Might we one day share a life of the mind? Or is this just an exercise in free Wi-Fi and redefinition?

Just when you thought the book was dead, the public library makes a comeback.

Answer: a bit of both. The comeback began, 10 years ago, with FJMT’s Surry Hills library for the City of Sydney. This little sweetie, with its tall internal gardens, double-height timber louvres, tranquil reading nooks and glamorous public spaces for everything from talks to tantra, is still a favourite refuge from baking summer streets or yet another failure of the National Broadband Network.

The work spots lining the library’s glazed street-wall are sought after in a way that recalls the lovely glass-walled bar at the Tate Modern. Sure, you’re watching Crown Street not the Thames, and the Clock Hotel not the Wren cathedral but, honestly, it’s almost as engaging.

Crown Street is one of Sydney’s finest agglomerations of small-scale surprise and this interruptive stretch – where lattes and daiquiris yield for a few metres to iPads and laptops – offers a welcome intellectual break. So adeptly does this building slide its three ultra-modern storeys into a two-storeyed heritage milieu, so easily does it persuade you that new is easily as delectable as old, that perhaps this original cupcake is still the most scrumptious.

Next, Woollahra. Despite a different council, architect and feel, there’s a similar – indeed, intensified – botanical delight. Designed by BVN and completed 2016, Woollahra was first of the shop-top libraries, crowning Double Bay’s long-awaited Kiaora redevelopment. Outside, it’s scarcely more than a few classy, glassy supergraphics: this building is 90 per cent interior. 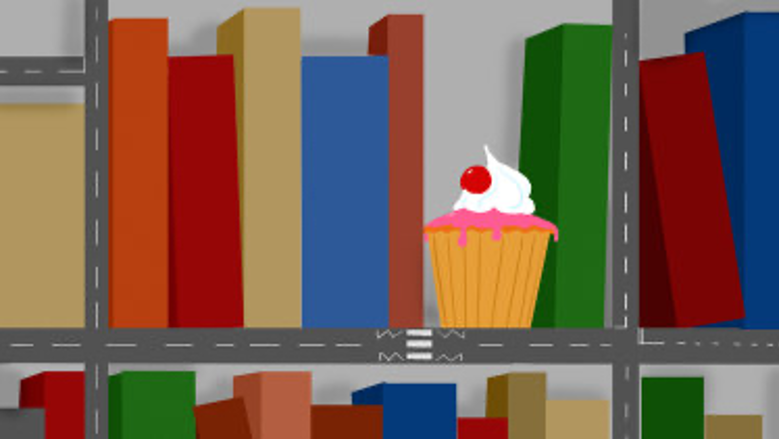 That’s refreshing, for a start. And what an interior it is. From the moment of entry there’s spatial delight at every turn. Grand stairs flood with top-down light, sinuous balconies ripple overhead, bridges leap diagonally across voids and great folding planes of bleachers are scattered with happy, cushion-settled readers. There’s even a secret slide between levels.

And yet, it’s quiet and dignified, not least because, throughout, it is hung, clung to and dripping with living vegetation; green walls, growing balustrades and great, weeping vine curtains that fall 6 and 7 metres from on high.

Your first response is disbelief. A book jungle? Is it even possible? Next, euphoria, like a kid with a surprise treehouse. Then you realise it’s something you’ve longed for; a reading-friendly forest, entry by secret keyhole. And in Double Bay, of all places. What could be better? 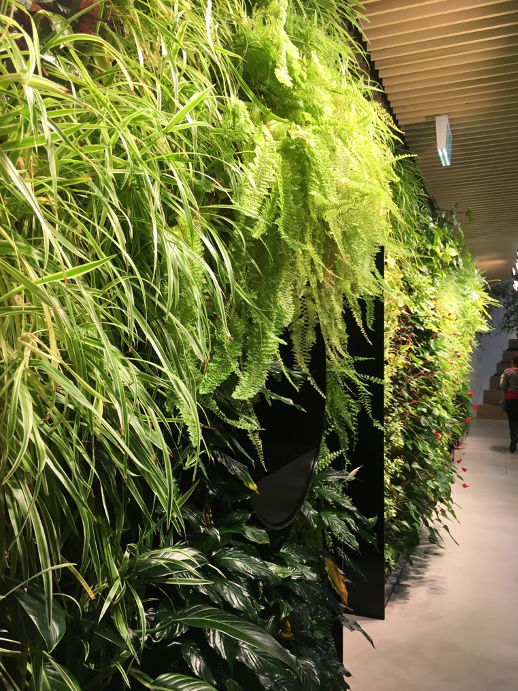 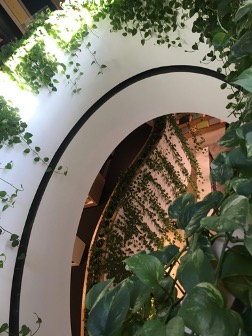 Next of the neo-libraries is Green Square, the little underground job by Stewart Hollenstein with its mini-Louvre through-pavement pop-up. I’ve raved about this building in this column before – so no more gushery now except to note that it, too, is all interior, and it too has a secret underground garden. The downside of being underground, however, and set within a square, is that it offers little to the street.

Then, Marrickville. This new library, adored by locals, is the opposite: a great exclamatory exterior with more facades than street addresses.

I chose a blind tasting, always fun with new architecture. Who was the designer? I tried to guess. The main street facade, a great folded-plane roof supported by triple-height timber columns, suggested perhaps FJMT, so suggestive was it of Richard Francis Jones’ lovely long-legged canoe-roofed addition to the Auckland Art Gallery Toi o Tāmaki from 2011. Or maybe even JPW, who designed the lovely National Portrait Gallery in Canberra – though its zigs and zags run the other way.

But no. On closer inspection the detail is too shambling, the materials too jumbled (brick, curved glass, steel and timber veneer), the spaces too unresolved and the motifs too first-novel. Curved wall meets zig-zag roof, ouch! So, who?

All is revealed as you enter to find yet another flight of timber bleachers – a device that BVN first deployed in Ravenswood’s school library back in 2011 (a dramatic shard of a building that owed much, by the way, to some of FJMT’s wilder cantilevers). So yes, this is BVN. And yes, it’s interesting to see how practices not only refine and recycle their own ideas but also borrow – in my view legitimately – from each other. 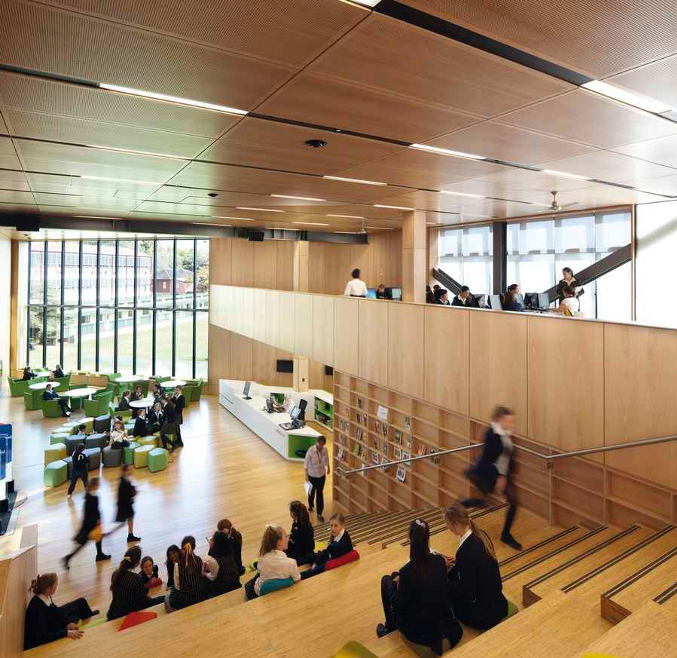 The space within abuts the old hospital with some grace – rather more than seems likely to eventuate, for example, from huge new library-soon-to-be clagged onto Parramatta’s Town Hall. That glassy, red-feathered megalith by celebrated French architect Manuelle Gautrand, has the high blood-pressure look of an Alan Jones or Barnaby “The Beetroot” Joyce – a tad long in the wavelength for so overheated a part of the climate-change world.

But back to Marrickville. Its formal irresolution inevitably produces a lack of spatial clarity. And sure, this might lend a hominess befitting a local community centre, but it’s not fine architecture.

Most recent of the cupcake libraries, though, is Darling Square at the Chinatown end of Darling Harbour. Opened this month, it’s an eye-catcher from Japanese architect Kengo Kuma, often likened to a bird’s nest for the spun timber palings that entwine it like string. 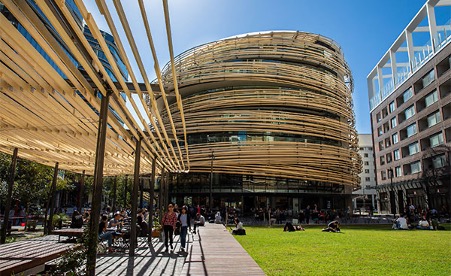 In fact, it’s as much dumpling as nest, with the old Haymarket library the pork-and-chives filling, on two middle floors leased by council for that purpose. The interior is okay, if undistinguished. But the sleight of hand should be noted, since the dumpling-nest’s real purpose is to distract from the fact of yet another four deeply ordinary Lend Lease towers occupying public land.

So yes, these little morsel-buildings are, in fact, libraries. They have books, albeit few and, in their no-nonsense metal shelves, scarcely glorified. But there’s something else they share with our beloved Mitchell Library Reading Room: a sense of public sanctuary. Watering holes, if you will, in our ever-more arid political landscape. For these small sanctuaries, we should give thanks.